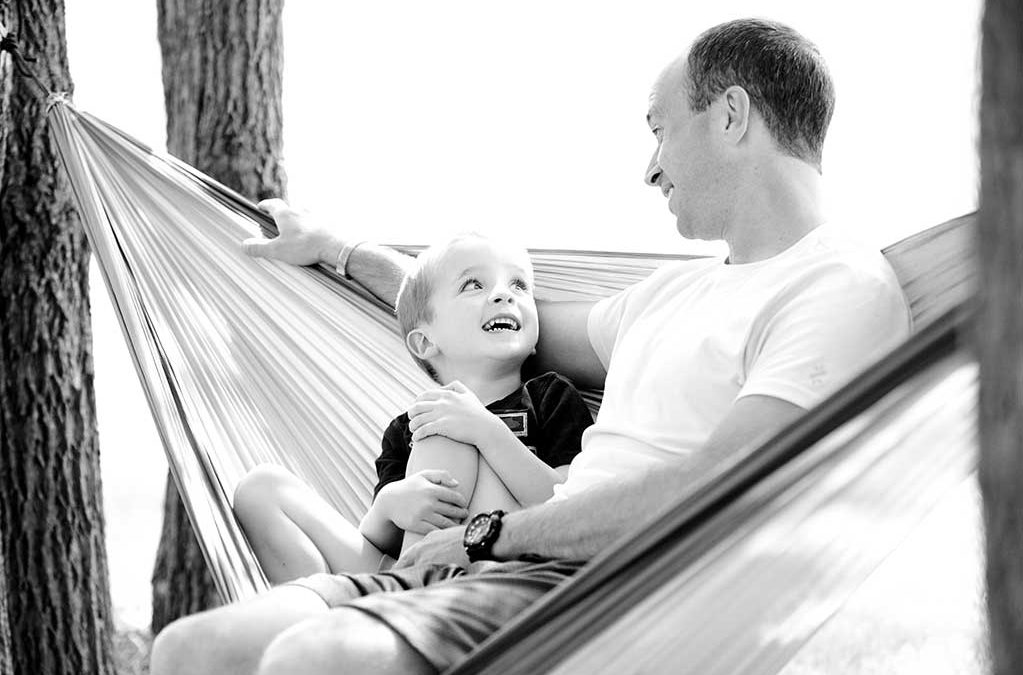 We can often see our own communication skills through rose coloured glasses. How aware are you of how you talk and communicate with your child? What percentage of your interaction is positive or negative? How are you perceived by your child? Do you want to improve the style with which you get your messages across? Doing an audit on your own communication style can help you understand where you are now, and also help you improve how you connect with your child.

There have been two times in my life when I have had to videotape myself interacting with other people, to analyse my communication skills. The first was during my GP training, and the second was learning how to more effectively communicate with my youngest son as part of his therapy for his autism. On both occasions I was rather devastated to realise how badly I did this. I had previously thought I was a fine communicator!

In the first occasion my body language was terrible. I had a closed posture and was slumped at my desk. I cut patients off and didn’t pick up on the verbal and non-verbal cues I should have. At one stage (admittedly, with a particularly tiresome patient) I held my head in my hands, elbows propped on desk, mouth agape, and looked bored stiff.

With my son’s training, I thought I was going to do much better. I’d improved, but was still pretty ordinary. My speech was way too fast. I still interrupted at times, and I used more negative terms than I realised.

We all do this. We all think we are communicating better than we actually are (if you don’t believe me, go and videotape yourself!). This  is because we know what we are saying, but we often fail  to realise that not all of this may be getting through to our communication partner, and that we may even be delivering messages we were not aware of (like my ‘bored stiff’ non verbal communication above).

If you think about it, a message goes through three interfaces between your mind and your child’s mind (or vice versa):

It’s kind of like Chinese whispers. What it thought and said is not necessarily what is heard and understood.

One of the most common mistakes we make is negativity. Because children are being guided by us, we often tend to communicate to them what they are doing wrong, rather than what they are doing right. This tendency is further entrenched by both the structure of our language and culture.

What are some of the ways negativity manifests? Go down to a local playground next weekend and listen to the ways parents talk to their children. I have done this— it’s an interesting but somewhat depressing exercise.  You will hear (and all of these quotes were taken from my excursion to the park):

And there are many others. Sometimes the negativity just has to be in the tone of voice. I heard one mother respond to some nagging from her toddler while putting him in the car with ‘I don’t care!’ but the speed, tone and volume of her voice (it was a vicious shout), was enough to cause a few head snaps from the other mothers in the nearby playground.

So, just like we performed an audit on our child’s and our own personalities before, we can also do one on our language and communication. Do you have more negativity or positivity in the way you speak to your child? Do you use threats, orders and sarcasm, and what is your tone? Do you speak to your child with warmth?

Robert Brooks and Sam Goldstein in Raising Resilient Children described our tendency to negativity as a ‘praise deficit’. Do you have a praise deficit in the way you speak to your child? If so, do you want to change this?

Like all entrenched behaviours (such as a bad golf swing) this can take time.  The change may also be met at first with some scepticism from the recipient, your child. Keep plugging away. After a while you’ll get increasingly used to it; it will start to sound more natural and also start to land better.

‘So,’I hear the cranky pants parent up the back of the auditorium shout, ‘if we’re not allowed to tell them what to do, how in the hell do we get them to do what we want them to do?’ (He or she might add here, ‘you smart-arse!’). The answer is: give our kids the information they don’t have, not what they already know or suspect themselves.  We should only use the negative language we really need to use; you are likely to find much of it is superfluous. And add in the positive stuff (we will get to praise in a future post).

The alternative is not pretty. Entrenched mainly negative interactions between a parent and child can be very corrosive to that relationship over time. It can cascade down. It may start with the parent becoming confused and saddened by the way they interact with their child. Unfortunately they are locked in and don’t know any other way. The child may become angry or belligerent. Eventually, though, this negativity is taken on board by the child and they start believing these things about themselves (‘You are selfish and lazy!’) and develop poor self-esteem. Finally, and worst of all, a parent may become demoralised and feel so trapped that they start to think their child is doing it on purpose,  acting up just to get under their skin. This is not a good place to be.

There is a pathway out. It takes guts and effort, but it is possible to turn this around. The good news is that small adjustments here can result in big changes. It starts with us; we are the adult. First, we need to perform the audit, look at our language and interaction, reduce the negative and increase the positive. We are leading both parent and child out of a dark space – we are leading the way to change. The way we talk and interact with our children will stay with them forever. Think back on your own childhood and you will have a very clear idea of how your parents interacted with you.